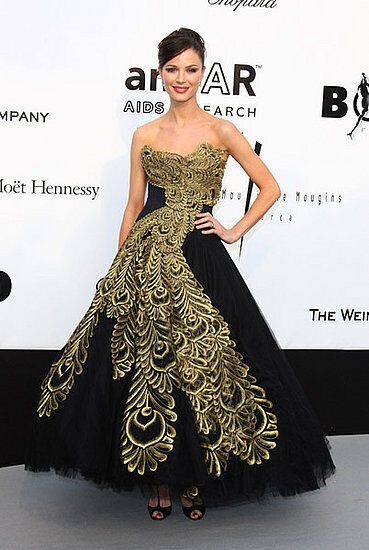 Celebrities attending the heralded south of France event were decked in suits and gorgeous gowns, sashaying down the red carpet one of the film industry's most anticipated annual events.

Some managed to channel the glamour of women who walked the carpet in the past, from Grace Kelly to Brigitte Bardot, while others robed themselves in mode that was much more modern.

In my opinion, it was Georgina Chapman that stole the show the night she wore a floor-length black ball gown with golden feathers tufted from a tight cluster on her right breast, and spreading outward and down, the feathers getting larger as they cascade almost to the hemline.

Le Festival de Cannes dates back to 1946, making it one of the oldest film festivals. This year marked the 61st annual festival and continued to follow tradition of being hosted at the Palais des Festivals et des CongrÃ¨s.
2.4
Score
Popularity
Activity
Freshness
Attend Future Festival