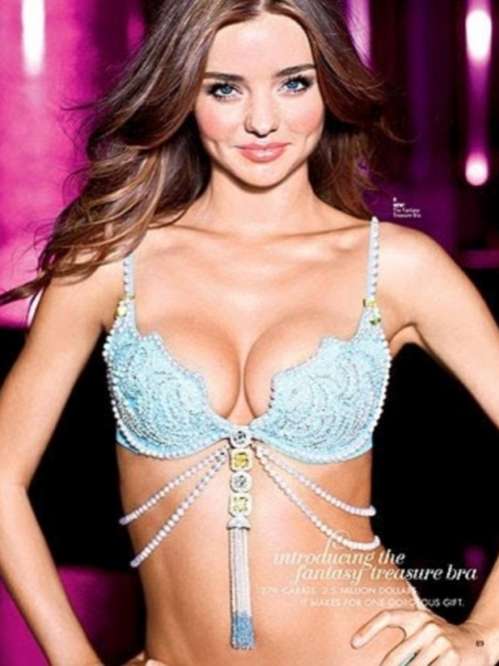 Regan Canie — October 17, 2011 — Naughty
References: victoriassecret & inquisitr
If you’re looking for a bank-breaking undergarment to show off some invaluable assets the Victoria’s Secret Fantasy Treasure Bra will be the priciest lingerie piece you need, clocking in at a hefty 2.5 million dollars.

Miranda Kerr, freshly back to work after the birth of her son, was chosen this year as the lucky lady to sport the sparkling set of expensive underwear in both the upcoming catalog feature and the November fashion show. Long Island’s London Jewelers are responsible for the blinged-out bra, maxing it out with 3,400 gems along with multiple diamonds, pearls and both white and yellow gold.

33 Ways to Blow a Few Million Bucks on Yourself