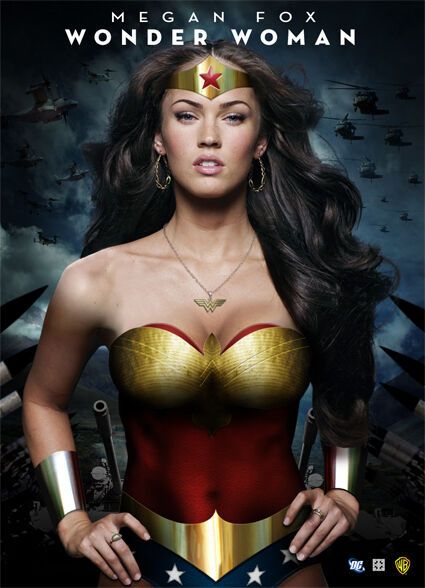 lourdes sanchez bayas — November 10, 2008 — Pop Culture
References: wonder-who & dailystab
Share on Facebook Share on Twitter Share on LinkedIn Share on Pinterest
Megan Fox, the sultry Transformers star, has found herself in a messy controversy. Thing is, a website called wonder-who.com recently released a series of mocked-up photos of Megan Fox clad in a Wonder Woman costume in an attempt, "to force studio executives to cast Fox over already cast model/actress Megan Gale," according to Daily Stab.

But as it turns out, the website is a hoax. The Daily Stab notes, “Fox, rated as one of the sexiest women in the world, was mocked up in the movie-style trailer which teased fans this week with political-type slogans, including, 'It’s time for a new ‘W’' and an Obama-esque 'A real change is coming.'"

There was a video of the supposed movie-style trailer of Fox playing Wonder Woman, but the video has been disabled by YouTube.
5.1
Score
Popularity
Activity
Freshness
Get the 2021 Trend Report FREE