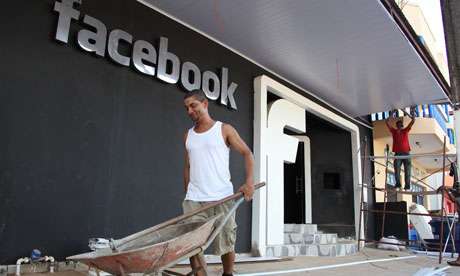 The Facebook Nightclub in Brazil Has Borrowed the Website's Brand

Rebecca Byers — January 24, 2012 — Marketing
References: guardian & thedailywh.at
The Amazonian town of Epitaciolandia in Brazil has a hot new nightclub that wants to offer all of the fun of social networking on an evening out rather than the morning after: the Facebook bar. 30-year-old businessman Humbert Camacho is attempting to apply the concept of the ultimate social media website to his new nightclub, even using Facebook's official font and logo.

Given Facebook's fierce control over its brand, it is predicted that there is no way Mark Zuckerberg will let this one slide, and one can only assume a cease-and-desist letter is currently being written up in Palo Alto. But for now, if you happen to be in the Amazon and are looking for people who will likely share your love of the social network, make your way to the Facebook nightclub.
5.4
Score
Popularity
Activity
Freshness