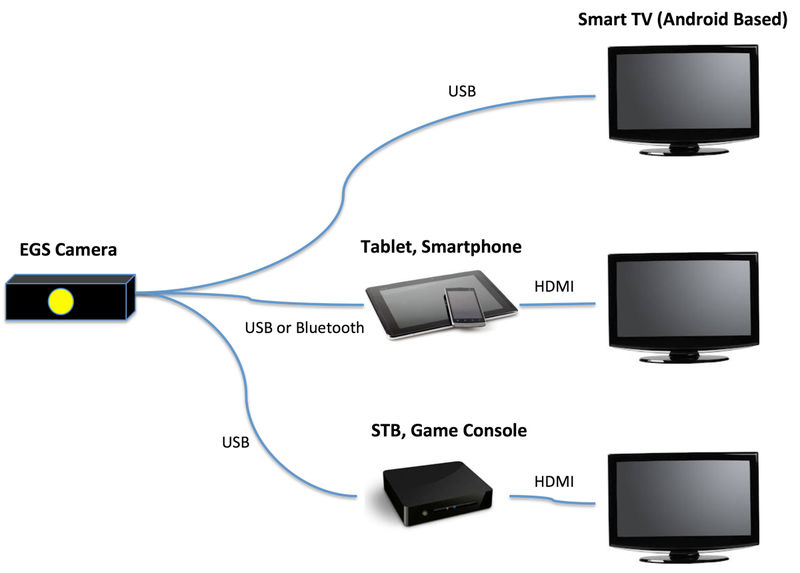 Rahul Kalvapalle — April 16, 2015 — Tech
References: exvision.co.jp & techinasia
Exvision is a project that seeks to bring gesture-focused mobile gaming to the TV in your living room for a fraction of the cost of a typical gaming console and gesture recognition apparatus.

The system has been thoughtfully engineered, and is capable of tracking users' hands at 120 frames per second, giving it the shortest latency for gesture-based user interfaces. It doesn't capture depth information as well as other systems, but this isn't crucial towards casual gesture-controlled games. By focusing on features that matter the most, Exvision has managed to keep its price down and it will retail for somewhere between $60-80, affordable for most family budgets.

Exvision uses a common-sense approach when it comes to adding support tools, by giving priority to the most popular games. Unsurprisingly, Candy Crush and Fruit Ninja are two games that work particularly well with the system.

What's unique about the Exvision system is that it seeks to enhance existing gaming and entertainment ecosystems rather than create a new one.
2.1
Score
Popularity
Activity
Freshness