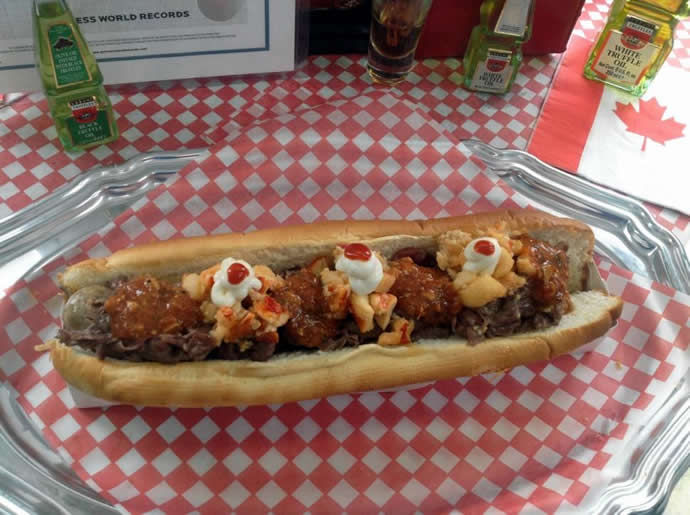 The Vancouver-based restaurant can now claim that its Dragon Dog is one of the world's most expensive hot dogs, ringing in at $100. What makes the hot dos so expensive is that it's made with a bratwurst that's been soaked in Louis the 13th cognac—a bottle of this costs $2,000. On top of this, the sausage is loaded with truffle oil-seared Kobe beef, lobster and a secret spicy sauce. Like a lot of good things, preparing this hot dog takes time and if you're hankering for a Dragon Dog, you'll have to order at least 12 hours in advance to ensure that everything can be prepared to perfection.
6
Score
Popularity
Activity
Freshness
Get the 2021 Trend Report FREE