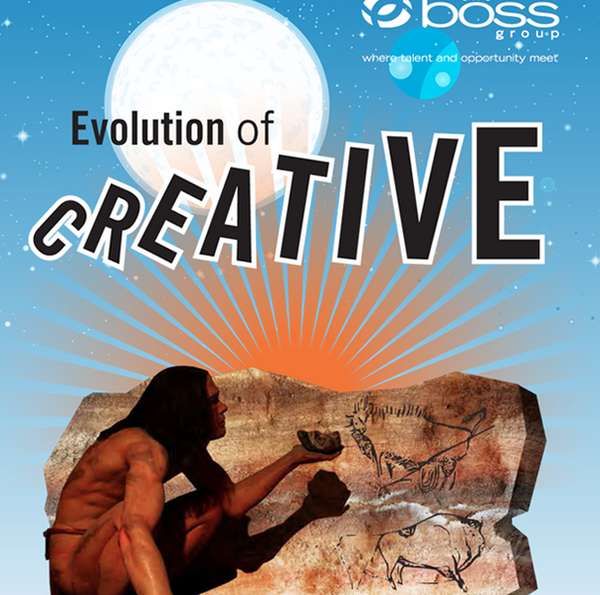 The BOSS Group Covers Creativity from Ancient to Modern Times

— July 1, 2013 — Lifestyle
References: thebossgroup & dailyinfographic
Share on Facebook Share on Twitter Share on LinkedIn Share on Pinterest
Creativity has led to everything from world-changing inventions to renowned artistic masterpieces; this infographic from The BOSS Group covers the evolution of creativity, one of the most important traits an individual can possess, from the prehistoric era all the way to the recent domination by Macintosh.

The infographic includes fun illustrations that help visualize its movement through time. A cave man is shown sitting by a wall, drawing crude representations of animals. This is followed by a drawing of an Egyptian pharaoh, then an ancient Greek statue. As time moves forward, it's clear that art became less formal, and more funky. For instance, the 1980s portion of the infographic talks about street art and graffiti. To represent this, a vibrant blue, green and pink wall mural rests above the text -- a big change from the upright marble statues of Ancient Greece.

The 'Evolution of Creative' infographic makes it easy to see the impact creativity has had on world culture for thousands of years. It could be argued that creativity is what makes us human by allowing us to be innovative, artistic and unique.
4.9
Score
Popularity
Activity
Freshness
View Innovation Webinars