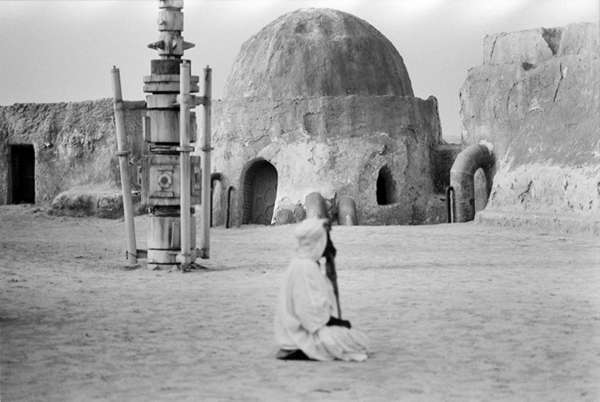 Meghan Young — May 10, 2013 — Fashion
References: radimartino & fastcodesign
While historical buffs might wet their pants at the idea of roaming the ruins of Pompeii or the Mayan Temples, sci-fi geeks will probably cut off their pinky toe for the chance to explore the forgotten 'Star Wars' set for Tatooine, the birthplace of Luke Skywalker. The Every World's a Stage photo series ensures such drastic measures are not necessary by bringing the Lars homestead into the comfort of fans' own homes.

The project of New York-based photographer Rä di Martino, who stumbled on the site quite by accident, the Every World's a Stage photo series showcases structures that "sit in perfect stillness, at the crest of the Sahara Desert, eaten away by dust and sand," as beautifully described on Fast Co. Design. There are also sets for Raiders of the Lost Ark and The English Patient left to erode and decay.
6.6
Score
Popularity
Activity
Freshness