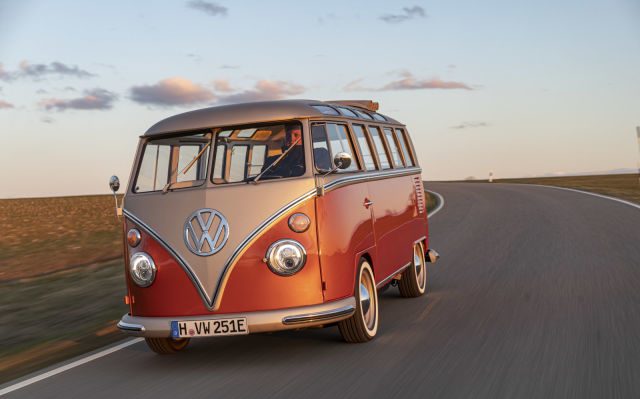 Volkswagen Produced an EV Van Concept with Help From eClassics

The concept vehicle is an older VW T1 Samba Bus, where the original four-cylinder engine was replaced with a 61 kW electric motor. Additionally, the concept vehicle was able to improve the performance, and it now features double the torque that the original engine could produce. The e-BULLI also has a max speed of 130 km/h and rear-wheel drive. The vehicle can be charged using either alternating current or direct current, and it can reach 80% of a full charge in only forty minutes.