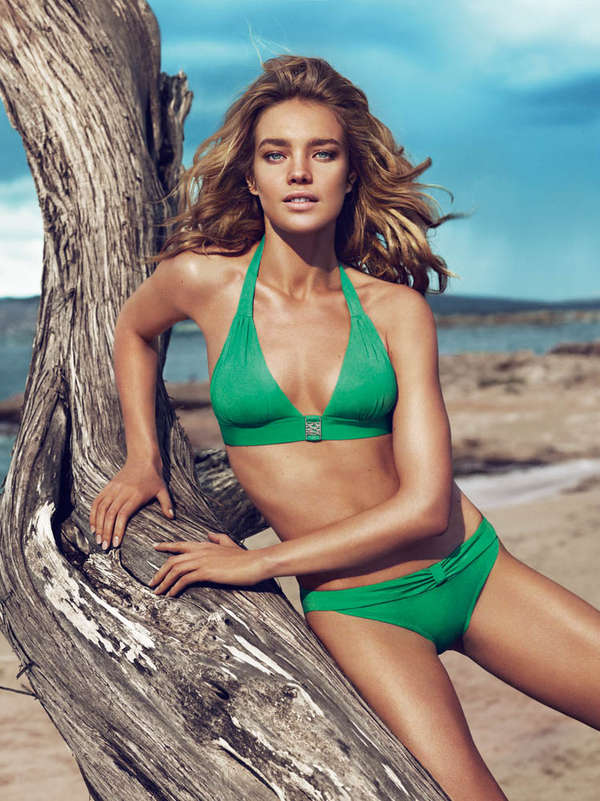 Meghan Young — April 1, 2013 — Fashion
References: etam & fashiongonerogue
The Etam Spring 2013 Beachwear ad campaign is bound to bring the 1980's film, 'The Blue Lagoon' to some people's minds due to model Natalia Vodianova's striking resemblance to a young Brook Shields. With her long sun-kissed locks and thick brows, the similarities are uncanny. Put her on a beach and all the viewers need is a Christopher Atkins look-a-like to complete stranded beach scenes.

Shot by photographer Benoit Peverelli, the Etam Spring 2013 Beachwear ad campaign showcases a lot more than Shield's character had to wear on the film set. From vibrantly patterned bikinis to more subtle and sophisticated one-pieces, the swimwear offers the perfect way to lounge in the sun this year. Of course, some women will want Vodianova's tan to go along with the swimsuits.
6.6
Score
Popularity
Activity
Freshness