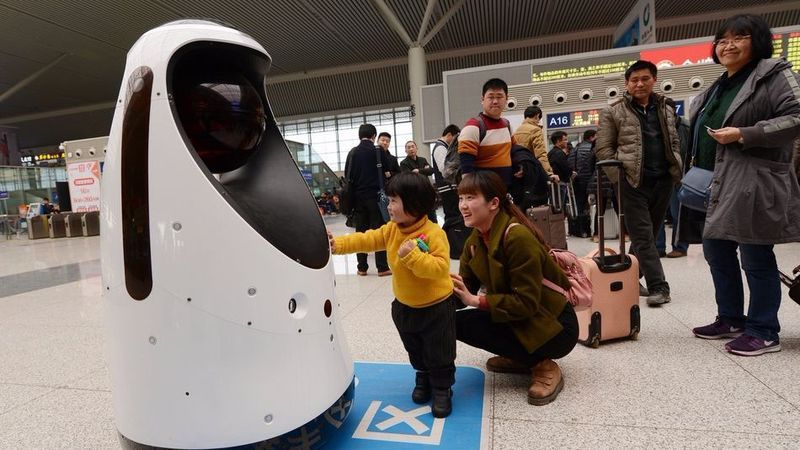 Joey Haar — February 21, 2017 — Tech
References: henan.sina.cn & mashable
Share on Facebook Share on Twitter Share on LinkedIn Share on Pinterest
The E-Patrol Robot Sheriff is a machine that has been deployed at Zhengzhou East Railway Station in Henan, China. The robot is capable of conducting an array of tasks, but its primary directive is to police the public hub, keeping the citizens that move through it safe with a host of technological features.

Standing at 1.6 meters tall, the E-Patrol Robot Sheriff has a massive lens towards the top of its structure. This lens can take in a wide scope of the railway station, and it is capable of using facial recognition technology to track people when necessary. For example, if a person in the area is a known criminal, the E-Patrol Robot Sheriff can track them by their face and use its wheels to stay near them.
5.4
Score
Popularity
Activity
Freshness
Jeremy Gutsche Keynote Speaker