Top 40 Life Trends in May

Top 100 Cosmetics Trends in May 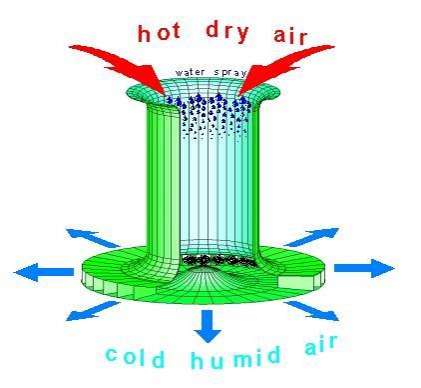 Researchers claim that the tower, which stands 3,000 feet high and measures 1,200 feet across, could produce up to 20 times the energy the entire world uses today. It relies on solar power for hot air and work function optimally in hot, arid environments.

It can use any form of water flowing through the tower to turn turbines in order to create energy and remove salt if sea water is used.
'
"The Energy Tower might help the Earth cool itself, and actually reverse global warming," Inventor Spot explained. "'Hadley Cell Circulation' is a natural process whereby the earth cools itself, but it mostly occurs only near the equator. But by cooling air around it, often in desert regions, the Energy Tower could expand the effects of this global cooling process."

The project is only awaiting funding for a prototype to be built.
4.3
Score
Popularity
Activity
Freshness
View Innovation Webinars

43 Reversed Innovations
From Backwards Day Fashions to Inside Out Autos