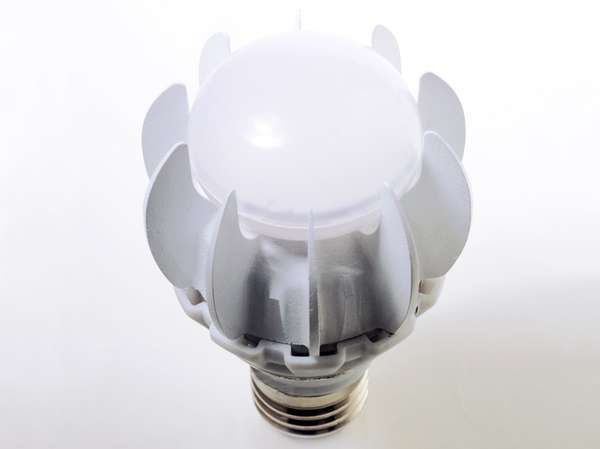 At the 2012 Light Fair International, GE showcased its new design that provides increased energy efficiency. The new device is equipped with an airstream jet technology that works to cool down LEDs, which usually gets too hot for its silicon-made material. It's energy efficient and will save users money with its 27-watt output. It provides 1600 lumens of soft lighting and is relatively the same size as an average light bulb.

A built-in oscillating fan moves up and down, sucking air in and pushing it out through a valve that cools down the bulb. GE joined forces with Nuventix Cooling Technology Innovators to create a built-on oscillating device moves hot air away from the heated LEDs. The Energy Smart light bulbs are expected to start production in 2013.

Pinched Glass Lighting
The Press Lamp by NENDO is Soft, Subtle and Minimalist