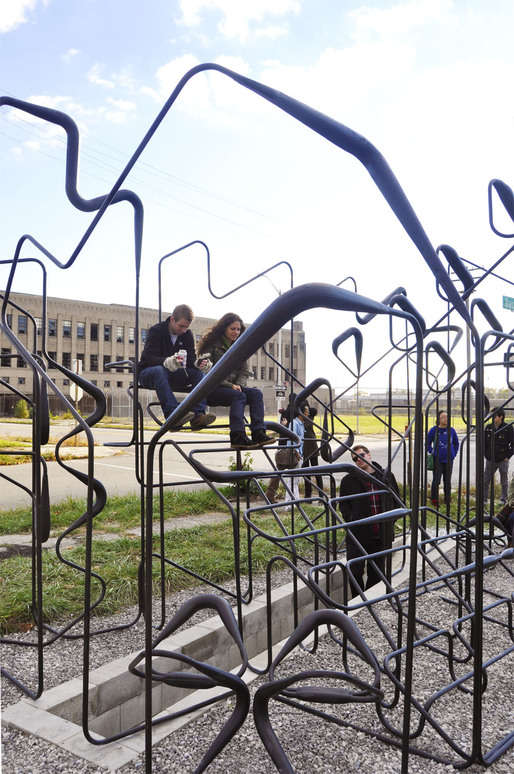 The Empty Pavillion by McLain Clutter is a Confusing and Beautiful

Michael Hemsworth — December 4, 2012 — Art & Design
References: mclainclutter & mocoloco
The Empty Pavilion by McLain Clutter looks like a wrought iron mess from afar, but is actually a complex work of jungle gym art. Those who interact with the confusing structure can walk, climb, sit or stand on various parts of the frame and while it may be a jungle gym is not quite safe for kids.

The Empty Pavilion is described by Clutter as, "a meditation on Detroit’s evacuated urban context and an experiment in architecture’s ability to activate a latent public in the city." Essentially, the vast open space that exists within the city's limits proves to be an aspect of the culture that is both admired and disliked. Clutter hopes to add another dimension to the landscape by adding the striking piece.
1.5
Score
Popularity
Activity
Freshness