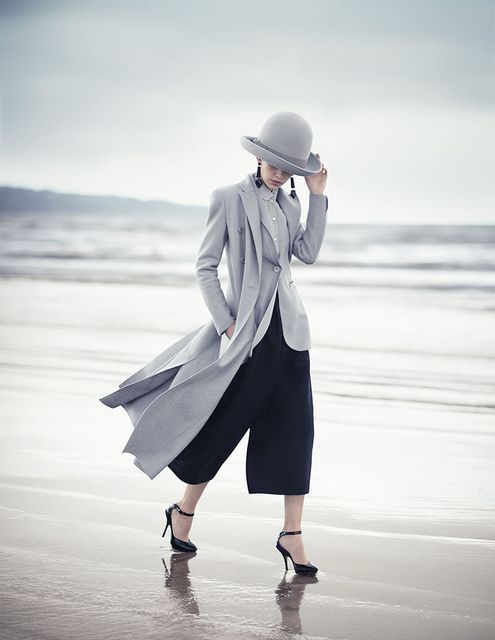 Jordy E — July 30, 2014 — Fashion
References: armani & wearesodroee
Share on Facebook Share on Twitter Share on LinkedIn Share on Pinterest
The Emporio Armani Fall/Winter 2014/2015 campaign was taken along the shores of Ireland. Models Amra Cerkezovic, Benthe De Vries, Alex Wilms and Matt Trethe stood in front of streams of water as they sported the current collection, displaying a bit of the outdoors alongside upscale couture.

Photographer Boo George put together these seaside advertisements. In spite of the damp backdrop, the models sported strap stiletto heels, upscale outerwear, leather loafers and warm fur coats. Although this is far from what one would usually wear at the beach, George made the production come across as natural and approachable for followers of the Emporio Armani label.

In addition to the showcasing of apparel, accessories also dominated this campaign. Viewers will be able to pick from modernized aviator sunglasses, thick embossed bangles and retro, masculine watches.

Chic Desert Campaigns
The A. Testoni Spring/ Summer 2013 Campaign is Set in the Desert
play_circle_filled