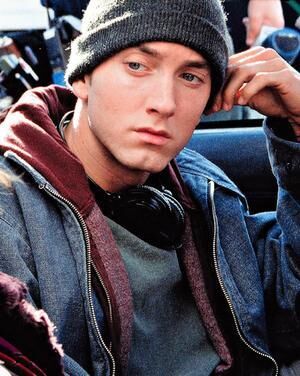 Lindsey Erin Heim — October 18, 2008 — Pop Culture
References: reuters
Share on Facebook Share on Twitter Share on LinkedIn Share on Pinterest
Since his controversial rap debut, Eminem, also known as Slim Shady and Marshall Mathers, has found a hugely faithful following of fans. These groupies have gone without their favorite rapper since 2005, and their patience has finally paid off--he’s back!

Thursday night on Sirius Satellite Radio, Eminem confirmed his upcoming album and straightened out any rumors that have been floating around about the album. While he didn’t yet name a release date the bigwigs in the music biz are forecasting Slim Shady’s release to happen before the new year.

It seems like Eminem has been busy since leaving Kim behind (again). Not only has he made a new album, but he’s also written a book and released his first single, “I’m Having a Relapse.” With his high history of super-success, the new album is sure to please.

Have a listen to the Eminem’s first released song “I’m Having a Relapse” here, but be warned--it’s uncensored.
1.3
Score
Popularity
Activity
Freshness
Get the 2021 Trend Report FREE