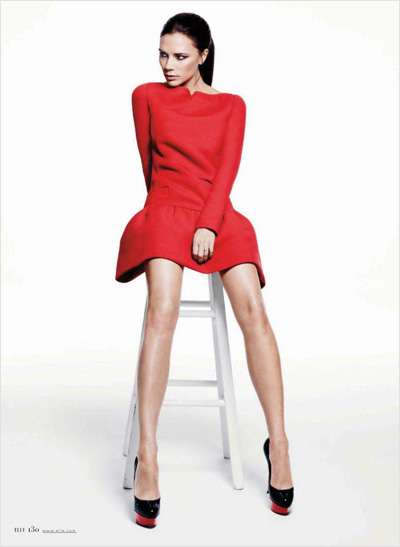 The Elle US January 2012 Victoria Beckham Issue is Hot

Marriska Fernandes — December 30, 2011 — Fashion
References: elle & designscene.net
Fans of Victoria Beckham love her for her impeccable style and posh swag, and the Elle US January 2012 Victoria Beckham issue will further that admiration by showcasing this fashionistas’ irresistible collection.

Mrs. Beckham sizzles in this January 2012 issue with her svelte figure and sizzling makeover. In a bright-red dress and a killer pose, Victoria shows off her best side. Captured by Terry Tsiolis, the shoot airs every bit of sophistication and fierce femme fashion that Mrs. Beckham is known for.