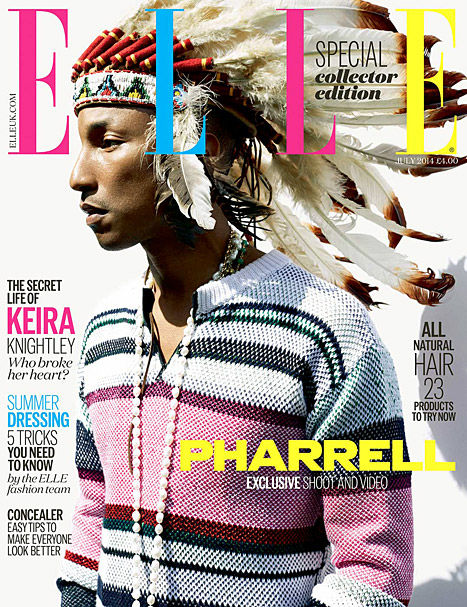 The ELLE UK July 2014 Issue is Covered by Pharrell Williams

Meghan Young — June 17, 2014 — Fashion
References: elleuk & hypebeast
Share on Facebook Share on Twitter Share on LinkedIn Share on Pinterest
Earlier this month, the cover of the ELLE UK July 2014 issue received some complaints concerning its use of a headdress. Deemed insensitive and even racist, the star of the issue, musician Pharrell Williams, has since issued an apology, "I respect and honor every kind of race, background and culture. I am genuinely sorry." Controversy aside, the bohemian and Americana style of the photoshoot is stylish and well-executed.

The ELLE UK July 2014 cover shoot was lensed by photographer Doug Inglish. Shot both in studio and on location by a pool, the Virginia Beach native is even snapped in his signature vintage Vivienne Westwood hat. Currently available on newsstands around the globe, the summery photoshoot was styled by fashion editor Alison Edmond.
2.8
Score
Popularity
Activity
Freshness
Attend Future Festival