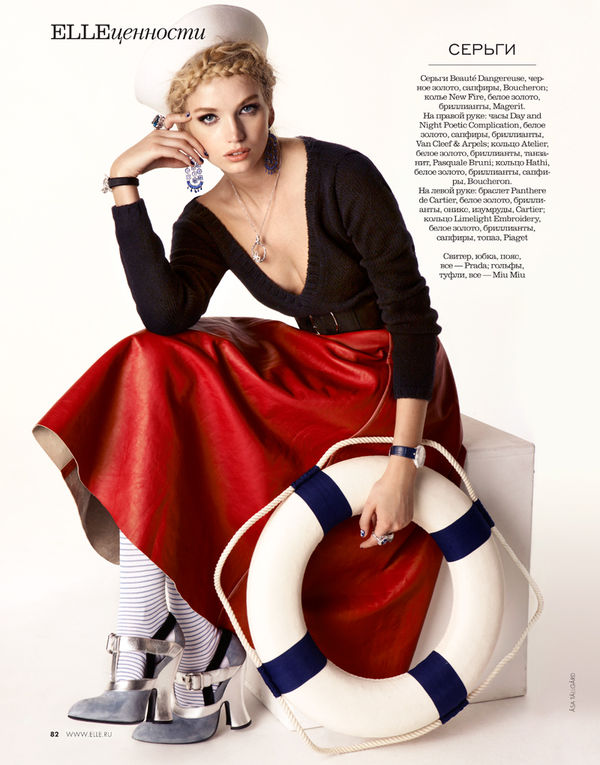 Meghan Young — September 25, 2013 — Fashion
References: elle.ru & fashiongonerogue
The nautical look has received a serious update in the ELLE Russia October 2013 editorial. Although the usual suspects make an appearance including the iconic anchor emblem, a few stripes and the common color combination of red, white and blue, the overall look is much more feminine than a person would be accustomed to.

From full skirts to braided hairstyles and peaking lingerie, the ELLE Russia October 2013 editorial pushes the boundary when it comes to styling the nautical-themed photoshoot. Fashion model Diana Khullina, who was lensed by photographer Asa Tallgard, also turns up the heat with sultry stares and seductive poses. She is clad in pieces from the likes of Miu Miu, Dior Haute Couture and Salvatore Ferragamo.
3.5
Score
Popularity
Activity
Freshness