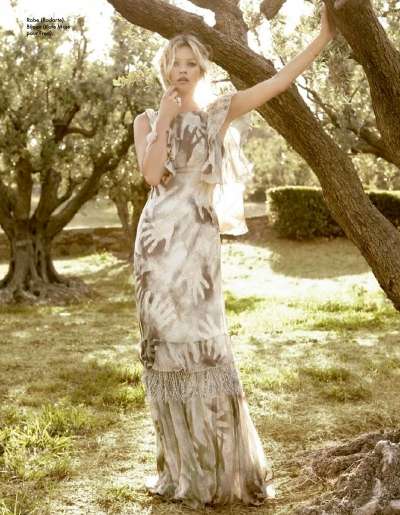 The fashion spread, styled by Marine Braunschvig is romantic and girlie, featuring Moss in a variety of pretty and elegant dresses and gowns with delicate lace, as she poses in a sunny garden setting. Moss also dons chic and edgy pieces like a fringed leather jacket, tuxedo-style blazer and black lace bodysuit -- all of which are definitely more along the style lines of the British fashion icon.