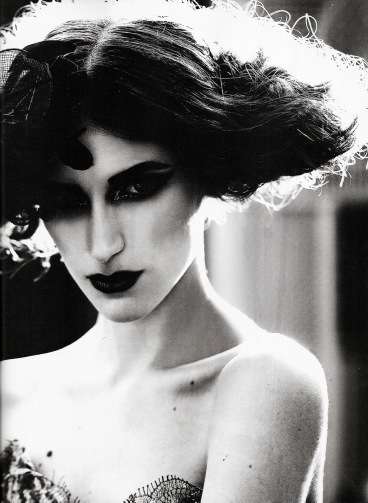 With pointy hair and dramatic makeup, Conterato puts on the sultriest of stares, making macabre seem sexy. Photographer Bob Wolfenson adds artistic value to the spread that ultimately makes the Elle Brazil December 2010 edition a must have.

Implications - xx
Whoever said that sci-fi couldn't be sexy never saw Conterato in Elle Brazil, because this unconventionally steamy is certainly easy on the eyes. The photo series is brilliantly shot, styled and modeled and all of these elements work together to create not just a fashion shoot, but a truly visionary work of art.
4.3
Score
Popularity
Activity
Freshness