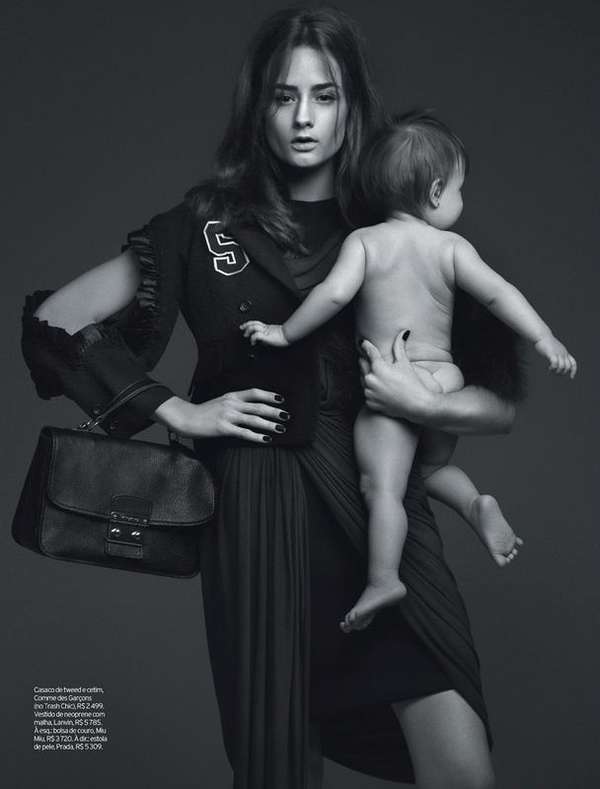 The photo shoot is made up of ten different images, with models Alexia Bellini, Juliana Mende, Julia Fuchs, Thais Romão, Raquel Radiski and Julia Barcelos playing different roles. Shot by photographer Eduardo Rezende and styled by Renata Correa, the models take on personas like a young mother carrying a baby, a socialite after a shopping spree and a skateboarder with an attitude. Although most of the images appear in black and white, each of them stand out in their own way and feature a distinct character.

Titled 'Role Fashion,' this Elle Brazil April 2013 series illustrates the role fashion plays in expressing your identity to the world and to yourself.
3.4
Score
Popularity
Activity
Freshness
Get Better and Faster