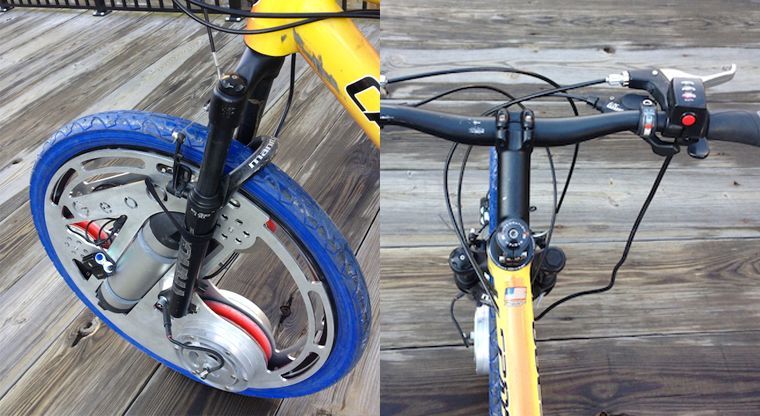 Alyson Wyers — December 19, 2014 — Autos
References: geoo & springwise
Share on Facebook Share on Twitter Share on LinkedIn Share on Pinterest
This electric bike wheel is the result of a sincere effort to reinvent the wheel. GeoOrbital is a less expensive way to convert a regular bicycle into an electric one. The re-imagined wheel is battery-powered, very lightweight and fits on a standard bike. For less than $500 (the average cost of an e-bike is $1800), you can now make any typical two-wheeler an efficient electric bicycle.

The electric bike wheel is different because it stays still when the bike moves, instead of simply having enough power to spin the wheel. The GeoOrbital connects to the frame using front wheel forks. Cyclists have control using a handlebar throttle.