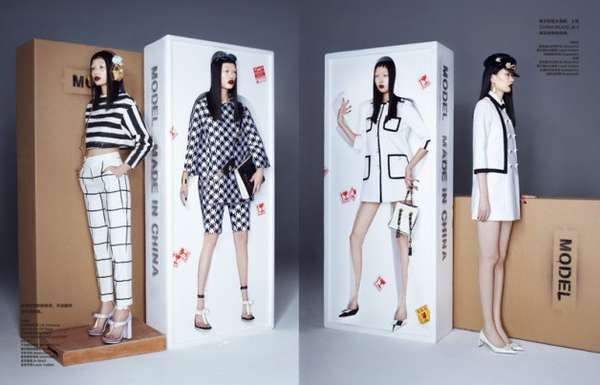 This Editorial for Harper's Bazaar is Called 'Made in China'

In many of these photos, the model has been photo-shopped into the shot multiple times to give the appearance of multiple life-sized dolls coming out of their packaging. The fashion seen in this toy inspired editorial is done mostly in shades of red, black, silver and white. A lot of these looks seem futuristic, for example, one living doll is wearing a reflective silvery skirt. Other looks in this Barbie style editorial seem to channel the 60s for fashion inspiration.