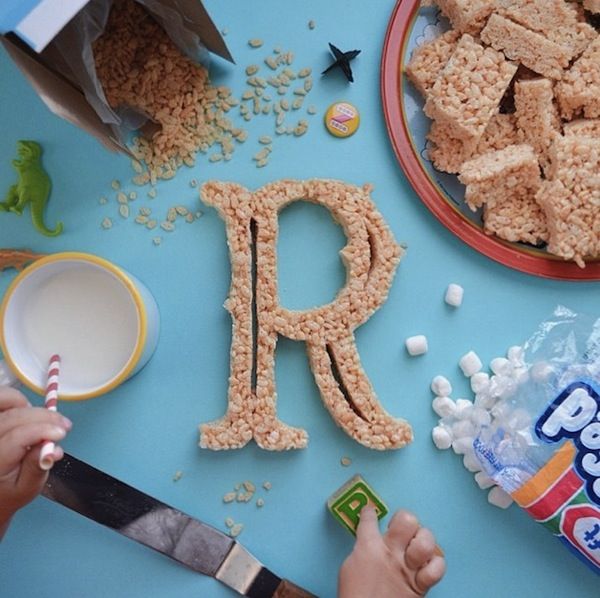 Tommy Perez Teaches His Daughter the Alphabet Through Edible Type

For the project, Perez helps teach his daughter design principles, typography and of course, the alphabet by making playful letters out of sweet foods. To keep her intrigued in the project he uses her favorite foods majority of the time, which includes Rice Krispies, apple sauce, Pretzel Bites and chocolate chip cookies.

The foods also correspond with the appropriate letter of the alphabet. For example, the letter "A" was written in apple sauce and the letter "C" was made by baking cookie dough into the shape of the letter.
2.6
Score
Popularity
Activity
Freshness
Get Trend Hunter Dashboard