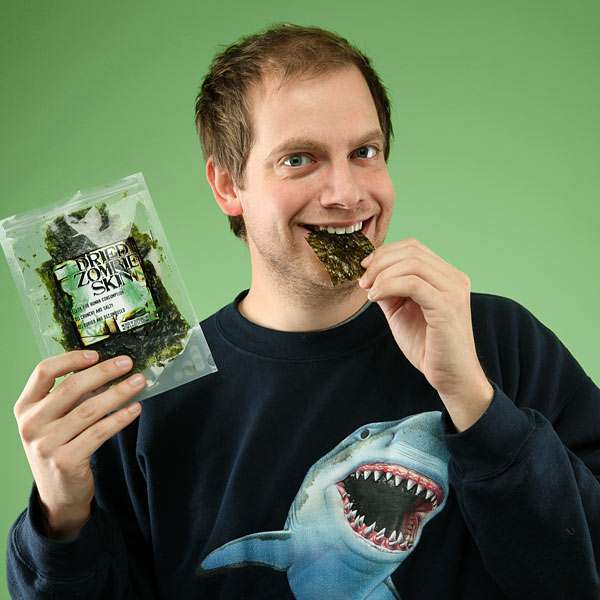 Matt Ho — December 16, 2011 — Lifestyle
References: thinkgeek & incrediblethings
For the longest time, the undead have killed many by eating people alive and if you've wanted to let them know how that feels, the Edible Dried Zombie Skin is the way to do it.

Normally I wouldn't recommend eating the flesh of the undead since it's disgusting and clearly contaminated; however, the Edible Dried Zombie Skin can be consumed without feelings of disgust. The proposed consumable epidermis is actually seaweed. It's all natural, gluten-free and more importantly, tasty. Plus it's fun to know that you have the power to commit cannibalistic revenge on zombies who have been doing it to everyone for so long.

Get even with flesh-eating zombies by taking a bite out of them with the Edible Dried Zombie Skin.
1.1
Score
Popularity
Activity
Freshness