Inspiration Comes from Everywhere
Next
Set of
Related
Ideas 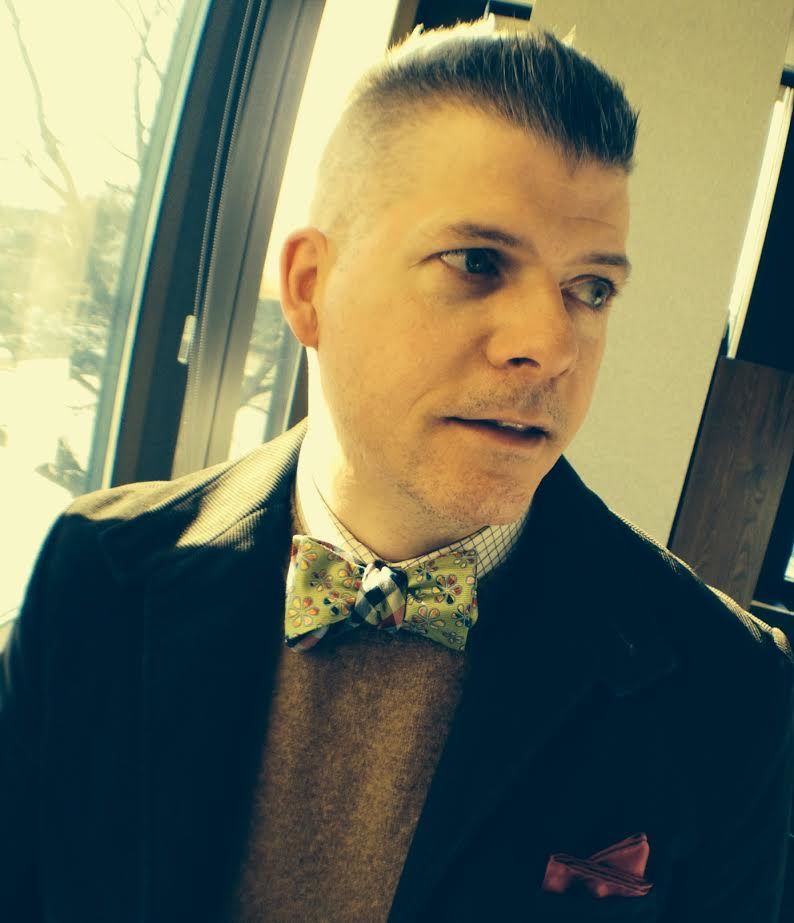 DISCLAIMER: The following reflects the personal opinions and experiences of Ed Matesevac. This interview does not in any way represent the official stance of State Farm or any of its employees.

TH: Tell us about yourself.

EM: I’ve been with State Farm for 24 years. I started as a software developer, and I’ve moved around -- I tend to like to move around every three or so years. I worked in our area that has graphic artists and videographers, I worked there as a web developer for a while, and then did a lot of consulting for them on emerging media and what was happening in the communication trends space. Then I moved to a department that had a focus on our online presences both internally and externally and was in a leadership role in that area for a while. Now I’ve worked in our innovation department for the last couple years. In that role I try to help create awareness around trends and to influence dialogue around some things that are happening and get this organization used to the rapid pace of change right now.

How do you generate great ideas? Do you have certain rituals to make creativity happen?

Speaking for me personally, I try to feed my fervent curiosity. I just try to be curious about the world. I go through this process where whenever I feel I’m getting too comfortable with things that are happening around me, I do some intentional things to break out of that filter bubble. Whether that’s following some random people on Twitter for a certain amount of time, reading something that’s beyond my usual scope of interest to stretch my empathy for a different mindset, or travelling -- I love to travel and get ideas by experiencing different cultures. Just casting a really broad net in general to have as much input and collisions as possible in my own brain and between different idea sets and people.

People like to have a certain sense of clarity and control over outcomes, but I truly believe that innovation is an emergent process. You can’t predict a specific manifestation, but what you can do is create a set of conditions to make outcomes more likely. Trying to articulate that and pitch that is difficult when you can’t tell someone exactly where they’re going to end up. You can just tell someone that if they follow a certain set of behaviors and processes they will be much more likely to make an outcome, discovery, or insight happen. So it’s the lack of tangibility that’s a barrier.
To get around it, I think about how to build some narrative or story that people can connect to to bring that out of the abstract and esoteric down to something real, something that they can hook into and see in their life.

How do you identify trends? What resources do you use to spot trends and insights?

I try to look for people who have interesting perspectives, and then you look for what they’re looking at, who’s following them, who they follow. There’s a lot of places you can look on the internet right now, whether it be following some subreddits that are looking specifically at what’s happening, or areas using open ideo where they try to bring design thinking to solve social justice problems, or PopTech.org, which is a place that funds and looks for interesting people doing good work in the world. There’s also the Pew Center for Research and thought leaders like Peter Diamandis or Ray Kurzweil. I follow too, just as a personal thing, a lot of what’s happening in science through ScienceNews.org, reading, or listening to podcasts. One of my biggest areas of strength is input, so I tend to ingest a lot of information and then use the power of association to make connections.

That’s definitely an area that I personally need to get better at. Over the last 18 months I’ve been taking some courses from Ideo University, and that’s one of the things that they mention there too. Basically having a series of rituals to mark the transition from one exercise to another. I haven’t been as good at making those obvious.

Has there ever been an instance where another industry has influenced an innovation for you?

One of the things that I focus on with my team is the idea of looking for inspiration through analogous sources. I will often when we have a problem or a job to be done look to see if there’s an analog somewhere else and then think about how that might work if we applied it here. Not so much looking at the full blown solution as trying to tear down the idea to its core.

For an example, I was thinking about what’s going to be happening with the internet of things as we get more and more connected sensors. We’re already bombarded with lots of information; how can we increase the ability to have more data but not overwhelm people with all this noise? This is a wild association, but I started reading some articles on microfluidics, which is how fungus networks communicate with each other through forest floors. So I said, “There’s this thing in nature with a complex, interconnected series of variables, and yet they seem to form a balance. Is there something we can learn by understanding more about how these things work?” So we thought about how we might apply that to a connected home or an internet of things model.

There are two really essential things: one is having a default curiosity about the world, and two is to see differently, looking at where everyone else is but being able to derive a nuanced perspective from that. If you can reinforce people who possess those skills and provide opportunities for people to practice those skills, I think that gets you moving toward having a culture of innovation.

In my industry of insurance and financial services, in ten years it’s going to be fundamentally transformed. We now on the smartphones we’re carrying around have the computing power that was previously only privy to certain very large organizations. So people will better be able to understand the risks they have, and they’ll approach insurance and financial services transactions much like people approach dining and craft beverage services now. They’ll be armed with a lot of information and have high expectations. They’ll only want to consume from places that give them highly personalized service rather than really broad coverages that are based on the law of large numbers and masses of populations.

What’s the craziest thing you have done to get creative inspiration?

I was trying to get a better sense for user interaction and user experience design. So I decided that over the course of a weekend while I was travelling, every time I interacted with a terminal -- like an ATM or something like that -- I would chose a language that wasn’t my primary language and then see if I could navigate around it. And that sparked into me the realization of what cues I look for to help guide me through a particular set of tasks that aren’t difficult, but that I don’t give a lot of attention to. And that primed me to see if there were any barriers or low hanging fruit that we’ve all accommodated but that might be ripe for a radical reinterpretation.
4.8
Score
Popularity
Activity
Freshness
Get Trend Hunter Dashboard