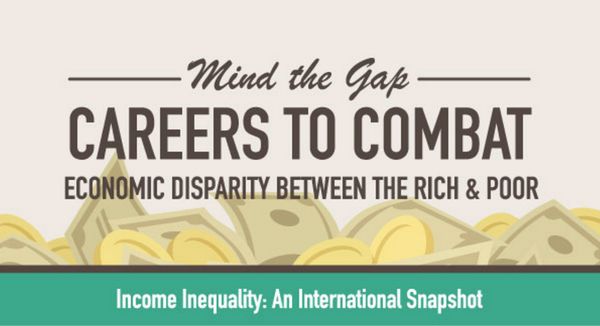 Since 2009, a staggering 95% of of the income gains in the United States have gone to the top 1%, and 92% of Americans believe the "rich get richer." Americans have a rather interesting perception of the poor, with 65% believing the poor do work but don't gain enough income, while only 28% believe that poverty-stricken circumstances are beyond the poor's control.

American anthropologist and writer Margaret Mead said, "Never doubt that a small group of thoughtful, committed, citizens can change the world. Indeed, it is the only thing that ever has.” In a time where the nation should demonstrate unity, this great divide must be regulated if there is any sort of positive change on the horizon.
1.4
Score
Popularity
Activity
Freshness
Get Trend Hunter Dashboard

Science Career Infographics
This 'Do You Love Science?' Graph Points You to the Right Career