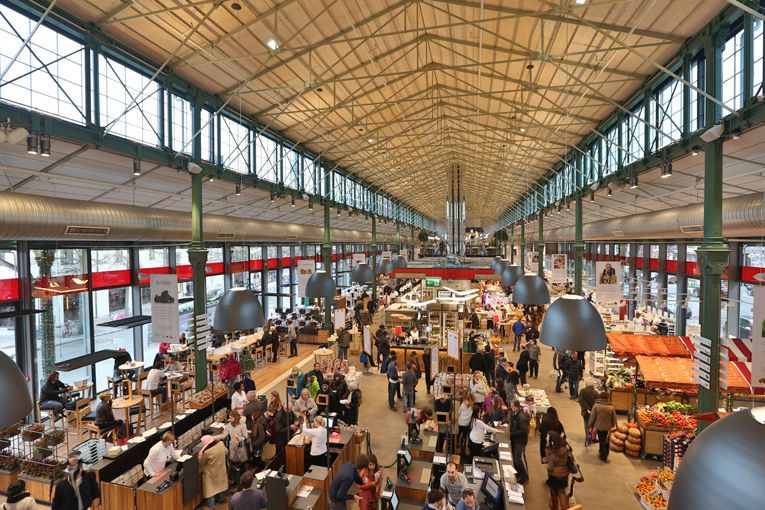 Rebecca Byers — January 25, 2016 — Lifestyle
References: superfuture
Share on Facebook Share on Twitter Share on LinkedIn Share on Pinterest
Located in the heart of the Bavarian city, Eataly Munich is the sprawling latest edition of the global gourmet food store founded by Oscar Farinetti over a decade ago in Turin. Now an important fixture of foodie life in Italy, the Eataly brand has grown to boast 16 stores around the world, with its largest located in Rome.

The first location in Germany, Eataly Munich joins a long list of enormous locations that will have you praying a store is planned for your own city. The intriguing Eataly concept combines traditional retail and bakery items, restaurants, a cooking school and a number of food and beverage counters. Influenced heavily by the Slow Food movement, the highly successful concept speaks to the growing number of consumers who place a premium on quality of ingredients.
6.1
Score
Popularity
Activity
Freshness
Get Trend Hunter Dashboard