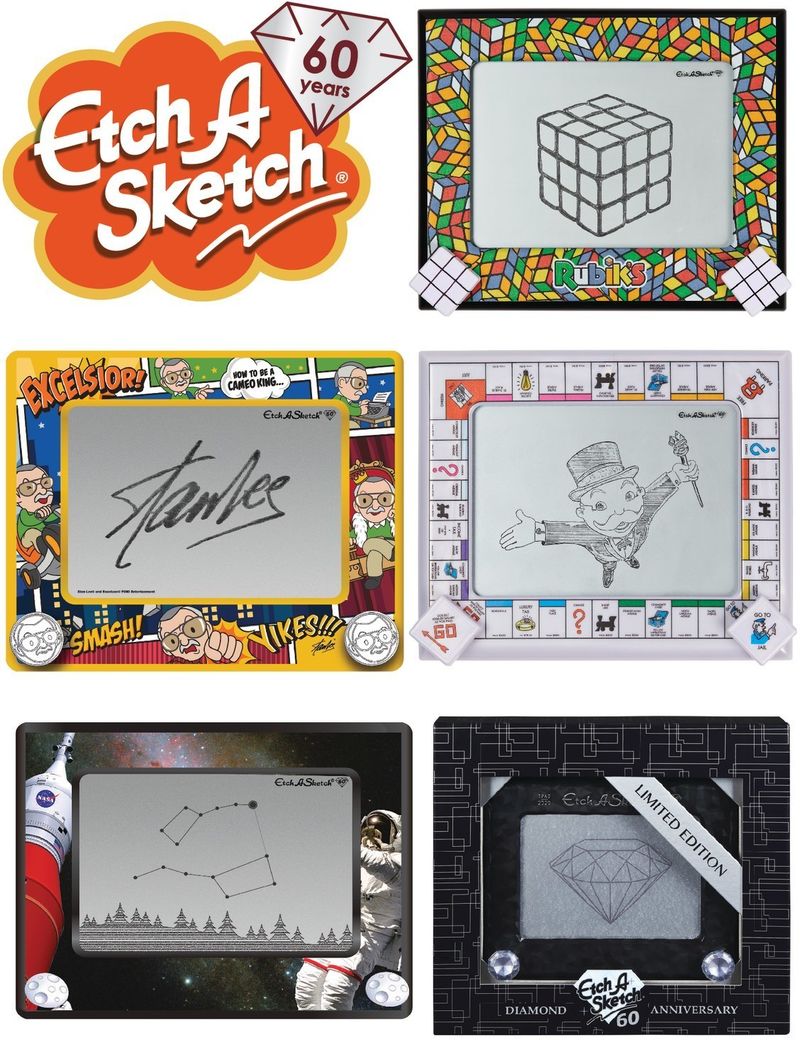 Laura McQuarrie — February 20, 2020 — Life-Stages
References: spinmaster & newswire
To mark its 60th anniversary in 2020, Etch A Sketch is releasing a series of limited-edition versions of its classic mechanical drawing toy. While most people are familiar with the classic red-framed version of the tech-free drawing toy, Spin Master is introducing brand new versions of the design in collaboration with Monopoly, NASA, Stan Lee and Rubik's. While the Etch A Sketch NASA Inspired Edition promises to appeal to a new generation of explorers, the Etch A Sketch Stan Lee Edition is decorated with comic book-like drawings of the icon behind some of the most well-known superheroes today.