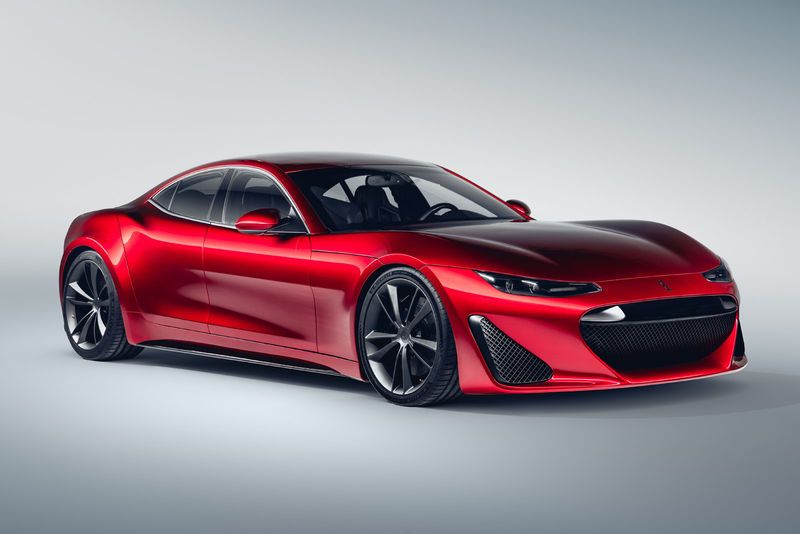 Daniel Johnson — August 20, 2019 — Autos
References: drakomotors & engadget
Share on Facebook Share on Twitter Share on LinkedIn Share on Pinterest
Drako Motors has revealed its new high powered electric Sedan, titled the GTE. The GTE is an electric hypercar that is powered by a four-motor direct-drive engine, which can produce 1,200 horsepower. The engine is powered by a 90kWh battery system, and the GTE's battery system is charged by a 150kW DC fast charger. The Drako motors GTE will have one of the fastest top speeds of any electric car, which has been measured at 206MPH. However, the company has not timed how long it takes to the car to accelerate to 60 mph.

The high-performance electric sedans are scheduled to begin production in 2020. However, the GTE will be an extremely limited edition EV, with only 25 models being made. Each one of the 25 cars will have a $1.25 million USD price point.
4.4
Score
Popularity
Activity
Freshness
Jeremy Gutsche Keynote Speaker