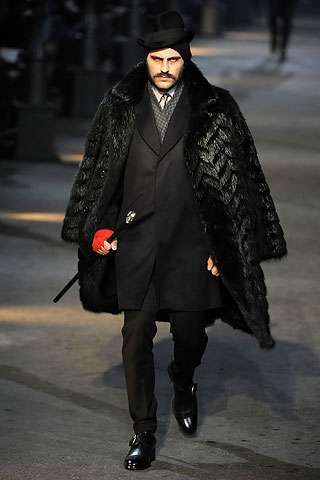 The Alexander McQueen fall 2009 menswear show featured men dressed in stark black, from head to toe, accessorized with canes, and embellished with the under-eye circles only a ravenous creature of the night should have. The only real bursts of colors were a bloody shade of red, a testament to the vampire theme that no doubt influenced the McQueen show.

The collection itself was beautiful tailored and had a very old English aesthetic to it. Then again, if you encountered anyone like this on the streets, you’d almost expect him to pull out an antique pocket watch, which has stood still since the turn of the century, before taking a leap at your neck wit his blood-stained fangs.

Check out some more vampire-influenced pop culture below.
5.2
Score
Popularity
Activity
Freshness
Get Better and Faster