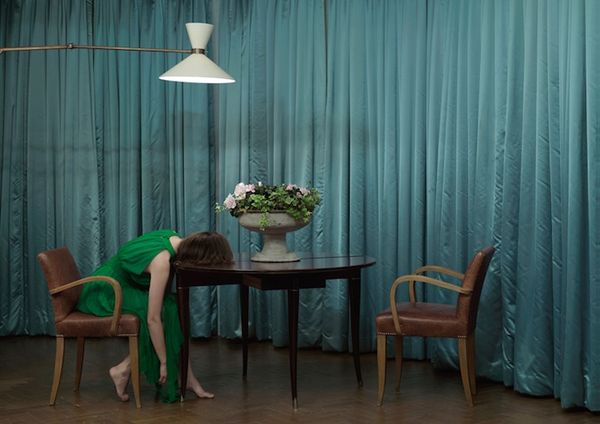 Do Not Disturb by Anja Niemi Revolves Around Odd Behaviours

Meghan Young — May 6, 2014 — Fashion
References: anjaniemiphotography & mymodernmet
Share on Facebook Share on Twitter Share on LinkedIn Share on Pinterest
It is only natural to wonder what hotel staff assume when they spot a 'do not disturb' sign hung on the door; Do Not Disturb by Anja Niemi, a Norwegian photographer based in London, England, is a series that dashes away the obvious. Instead of engaging in seedy or sexy behaviours, it revolves around oddball self-portraits of the photographer posing in various states of relaxation. Although drowning is arguably not relaxing in the least.

Entering various hotels with a suitcase full of clothes and wigs, Do Not Disturb by Anja Niemi was born. Niemi says, "I got the idea for the hotel rooms after reading an article on 1950s housewives in Norway getting a paid housewife vacation from the government. I thought that is exactly what I need, but as this arrangement no longer existed I decided to create it for myself."
3.2
Score
Popularity
Activity
Freshness
Get Better and Faster