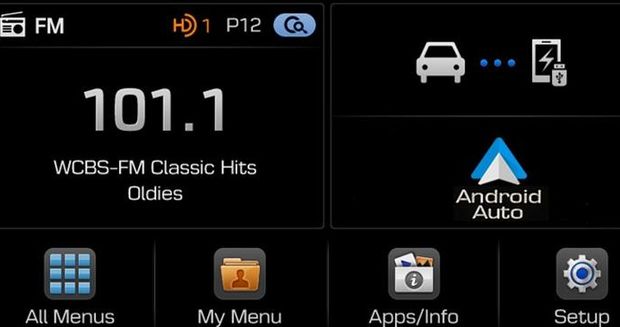 The Hyundai Display Audio System is Designed for Lower-End Cars

Meghan Young — January 15, 2015 — Autos
References: worldwide.hyundai & zdnet
Share on Facebook Share on Twitter Share on LinkedIn Share on Pinterest
Although Hyundai may have initially missed the mark on integrating Apple's CarPlay operating system, it stepped up in a big way with its Display Audio System. So much so that it walked away with a 2015 CES Editors' Choice Award. The connected car kit enables drivers to sync both Apple CarPlay and Android Auto, which is a feature other vehicles lack.

What makes the Display Audio System particularly appealing, however, is the value it offers. It was created with cars at the lower end of the budget spectrum in mind, bringing an alternative to the table that had yet to be addressed. The Display Audio System features a touchscreen display "not only allows for smartphone integration, calls, navigation and the use of audio apps, but the device will also incorporate Hyundai's BlueLink telematics service--a way to connect cars up to 4G networks,È reports ZDNet.
1.4
Score
Popularity
Activity
Freshness
Access Advisory Services