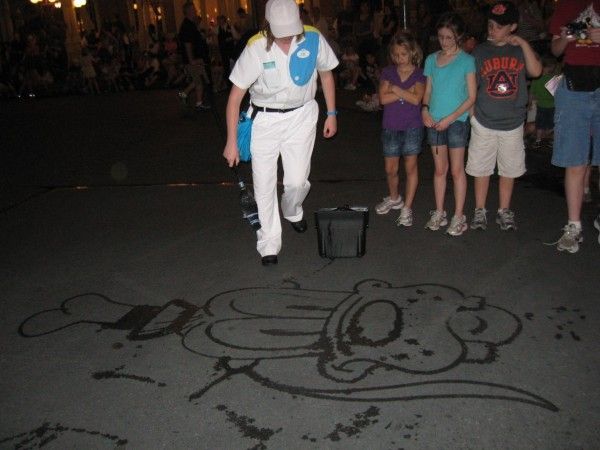 Meghan Young — May 8, 2014 — Unique
References: reddit & visualnews
Share on Facebook Share on Twitter Share on LinkedIn Share on Pinterest
The lives of Disney janitors just got a lot more interesting. They are as equally skilled as the actual artists who animate and illustrate for Disney are. This was recently revealed by Redditor TheVantasy, who wrote, "As a janitor at Disney World, I drew characters with water and a broom on the sidewalk to entertain guests."

In this way, Disney janitors can be likened to immigrant taxi drivers who are stereotypically depicted as being a doctor or other such professional in their native country. Although the job of Disney janitors doesn't seem that glamorous at all, the fact that they are just as creative and talented as other employees of The Walt Disney Company is impressive and, to some, downright shocking.
5.4
Score
Popularity
Activity
Freshness
Get the 2023 Trend Report FREE