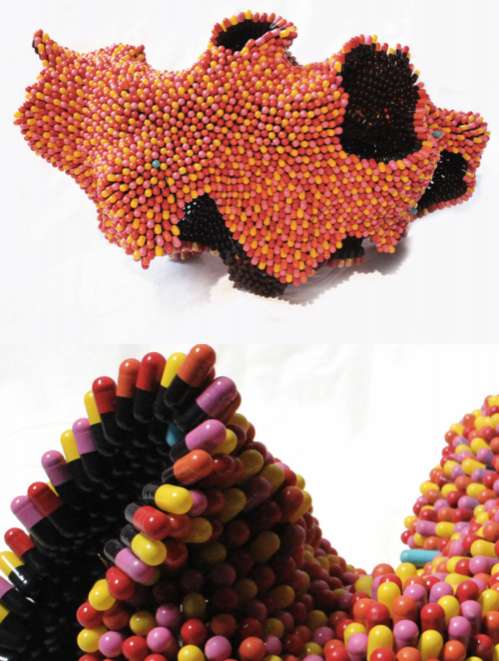 Disease by Noumeda Carbone Shows the Dark Side of Medication

Meghan Young — February 15, 2012 — Lifestyle
References: noumeda & inspire.2ia.pl
Disease by Noumeda Carbone is an art series of sculptures made out of empty pill capsules -- 9500 empty capsules, to be exact. Abstractly formed, each creation looks like some kind of disease rather than the cure they are supposed to be. They seem to suggest that taking medication can become a problem in and of itself. Even the colorful exterior attempts to hide the often dark truth of pill popping, which is symbolized by the black void inside.

The French-Italian artist and freelance illustrator, who is based in Florence, Italy, writes, "I like the error, the small surprise between lines, the light." Disease by Noumeda Carbone can be considered a surprise, though perhaps not a happy one.
3.2
Score
Popularity
Activity
Freshness