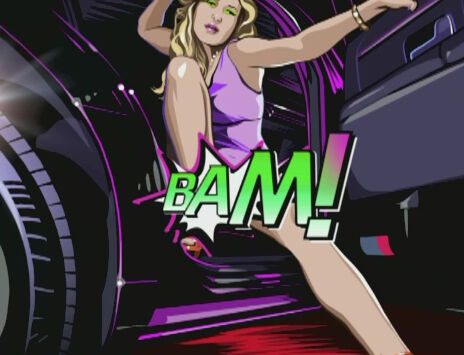 The ads created by Arsenal feature "vignettes of Hollywood stars and celebutaunts caught in the act of wild, unbecoming behavior." In the show, Cox plays Lucy Spiller, the editor-in-chief of Dirt, a celebrity gossip magazine, so the gimmick is really great for promoting the second season. At the end of each animation, the stunning sapphire blue-eyed, raven-haired actress finishes each with cheeky remarks and snarky commentary.

The images they feature will look familiar to anyone who keeps up with real celebrity dirt. Think exposed panties, party and clubbing images, mug shots, drugs and STDs.