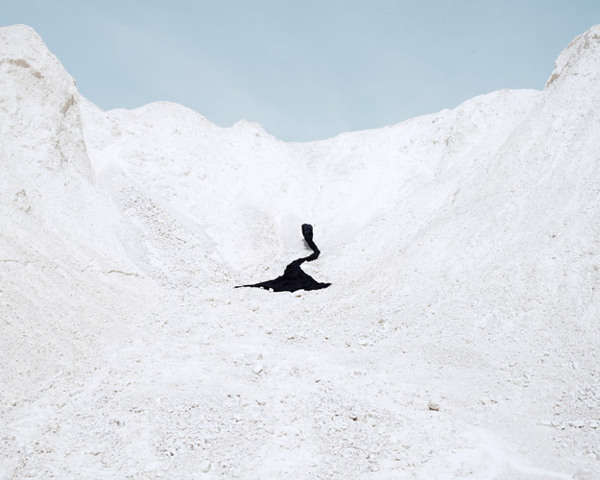 Dignity by Bence Bakonyi Depicts the Battle Between Body and Soul

Meghan Young — January 24, 2013 — Fashion
References: bencebakonyi & behance.net
Share on Facebook Share on Twitter Share on LinkedIn Share on Pinterest
The photo series titled Dignity by Bence Bakonyi, a photographer based in Shanghai, China, beautifully captures the idea of an individual's inner struggle. In this case, the struggle is depicted as an ominous void that is more alive than anyone could have imagined. Likening the will of the body on the urges of the soul as the "gravitational pull of a black hole," they are eternally in battle. Nevertheless, when this 'black hole' "touches you, something new is born, as if I'm not me anymore, somewhere else, in an unknown place," as written on his Behance page.

Shot in a stark white desert, Dignity by Bence Bakonyi revolves around one man who looks to be facing off a dark demon. The images beautifully capture the poetic passage.
5.8
Score
Popularity
Activity
Freshness
View Innovation Webinars