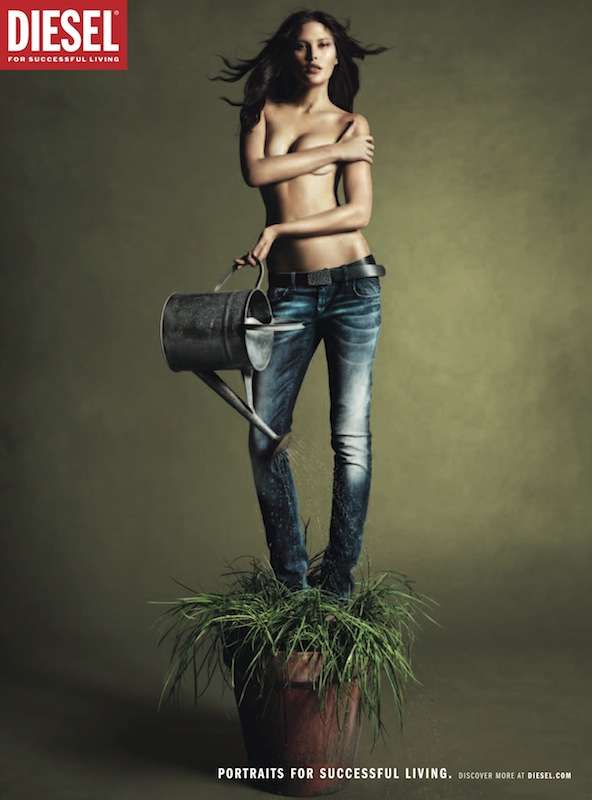 Photographed by Mert & Marcus, the Diesel 'Portraits for Successful Living' campaign is playful and offbeat, shot in a studio setting with an olive green background. McNeil appears topless, perched atop a potted plant and holding a watering pot -- while wearing a pair of Diesel jeans, of course. In the other photos, the models do a series of random things including carrying an oversized hammer, burning a dollhouse and playing tug-of-war with someone off camera.
6.7
Score
Popularity
Activity
Freshness
Attend Future Festival