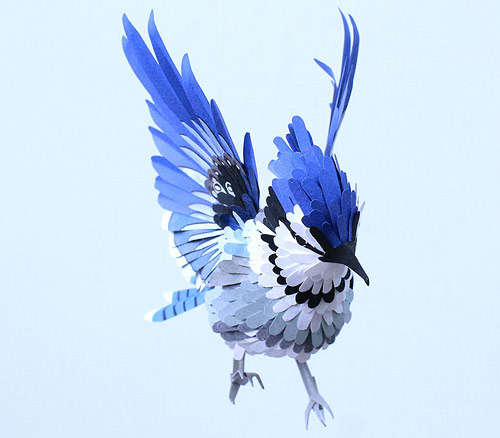 Cody Turner — October 27, 2012 — Art & Design
References: ppiinnee & booooooom
The Diana Beltran Herrera birds are amazing to gaze at, and they're almost as captivating as a real live bird would be. Diana has been making paper birds for a while now, and her latest collection features some realistic paper sculptures.

Diana Beltran Herrera is an artist and sculptor from Bogota, Columbia. At 25 years of age, she has already made a name for herself with her unique craft. Her paper birds have been featured in several group exhibitions and a few solo shows, as well as in a number of publications.

Made entirely out of colorful construction paper, Diana's birds are often seen in-flight or in equally colorful backgrounds. It's truly amazing how such beautiful pieces of art can be made from paper.
5.9
Score
Popularity
Activity
Freshness