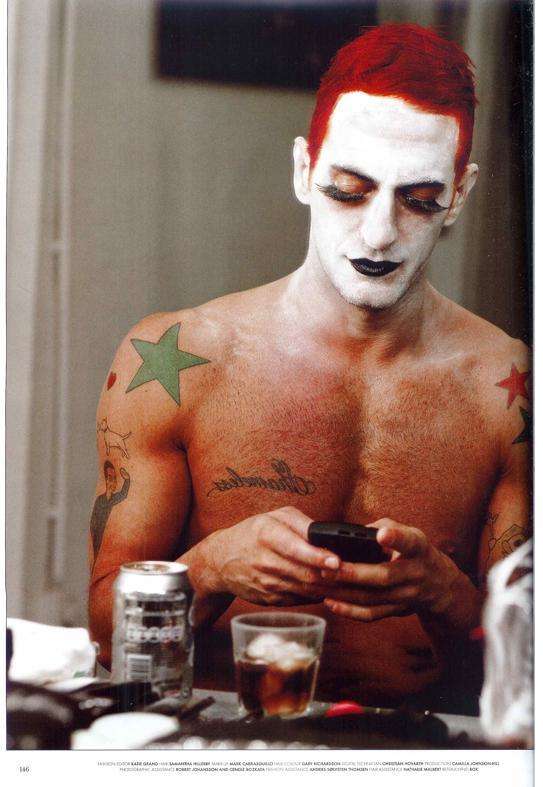 Images from the magazine’s maiden issue called “Fashion and Fame” have been leaked out to the Internet in droplets. For example, we saw supermodel Agyness Deyn channeling British monarchy and rock music’s infant terrible Iggy Pop channeling, well, himself.

The newest photos released acquaint us with a bare-chested Marc Jacobs made up in a garish white chalky paste, very long eyelashes, goth lipstick, and a head of flaming red hair to boot. In another photo, Brazilian supermodel Adriana Lima channels the troubled British singer Amy Winehouse--beehive hairstyle, cigarette, ultra short dress and all. Kate Moss was captured in a beautiful black and white shot to share in the spotlight.

Love Magazine is a Condé Nast spawn that promises to be an edgy, experimental and a no-holds-barred publication which undoubtedly will have no squirms about thumbing its dirty nose at its “play it safe” mainstream counterparts.
3.6
Score
Popularity
Activity
Freshness
View Innovation Webinars