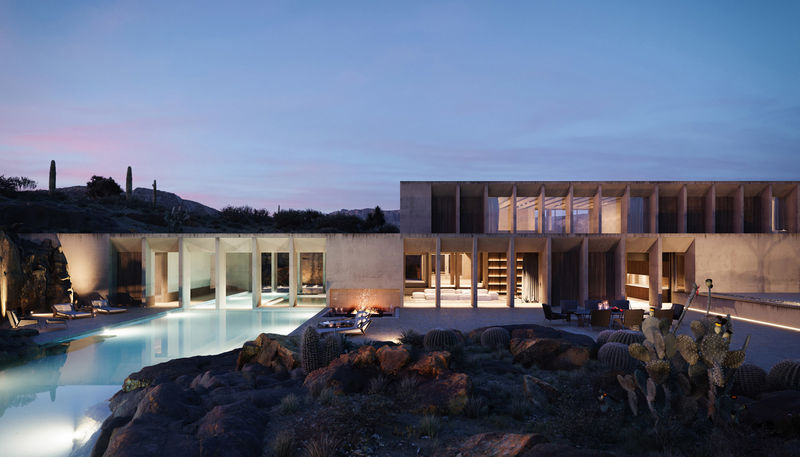 The Boundary has Released Renderings for a Pared-Back Luxury Retreat

Joey Haar — February 15, 2018 — Art & Design
References: the-boundary
The desert is more often associated with barren struggle than it is with lush luxury, but the new desert hotel design from 'The Boundary', a British visualization studio, manages to combine the two. The hotel concept features a stacked concrete layout and a sharp concrete structuration, but its designed to be built in Arizona's Sonoran Desert.

Though the desert hotel is indeed meant for the middle of a barren expanse, it won't be for wont of water. It features a large swimming pool that spans through both the interior and the exterior of the building, helping to keep occupants cool in the dry desert heat. The building also features concrete slats that offer unimpeded views of the surrounding desert mesas.
3.5
Score
Popularity
Activity
Freshness