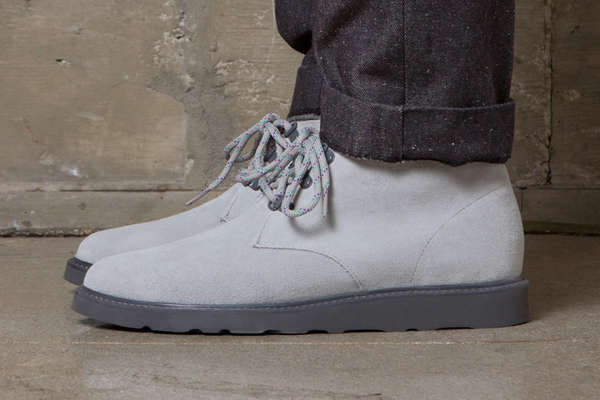 Transforming the Traditional Desert Boot for the Runway

The 'CLAE for Steven Alan' co-brand essentially takes the popular 'Strayhorn Virbam' boot by CLAE, keeps the suede upper, removes the heel tab and adds a few sleek features: metal D-rings, multicolored laces, and a stiffer outsole. The end result is a rugged desert boot suited for the urban terrain, but fit for the runway. This boot is being offered in both gravel and navy, and is priced at $180 USD.

The 'CLAE for Steven Alan' collection is only available at the Steven Alan stores and the official CLAE website, but limited to a total of 600 pairs. Get on this ASAP before they're all gone.
4.4
Score
Popularity
Activity
Freshness
Attend Future Festival