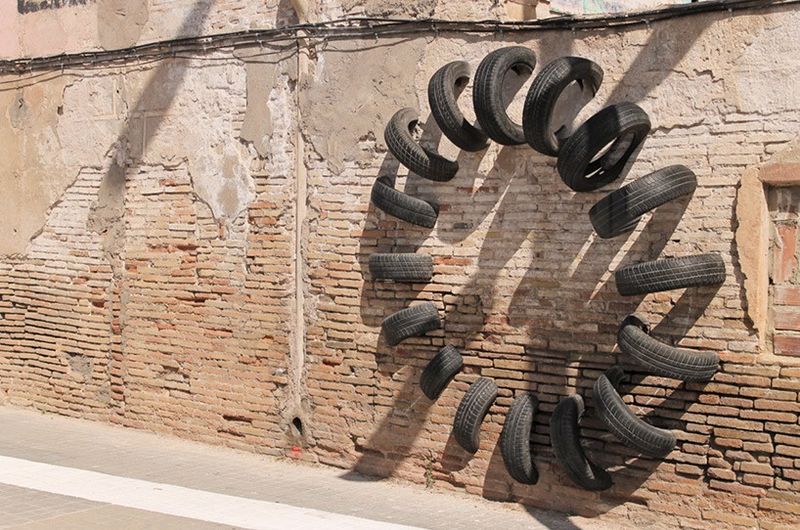 This Artwork Shows Tires Dissapearing into Streets and Walls

Ady Floyd — May 23, 2015 — Eco
References: designboom & thisiscolossal
Share on Facebook Share on Twitter Share on LinkedIn Share on Pinterest
Intricate installations of recycled tire art gives the illusion that these tires are being sucked into the physical walls and streets of Barcelona. The architecturally creative art displays are part of a series called 'pneumàtic.' Artists Octavi Serra, Iago Buceta and Mateu Targa collaborated to produce these installations.

The three artists cut and manipulated old tires that were then hung in various patterns and locations throughout Barcelona's Tomato District. Bypassing traditionally formulated art displays, the idea behind pneumàtic is to encourage viewers to visualize a fantasy world that only exists through imagination. The recycled tire art is supposed to look as if the tires are being transporting to another dimension.

Through a combination of physical and imagine landscapes these three artists give a second life to old tires while giving viewers an interesting topic of conversation.