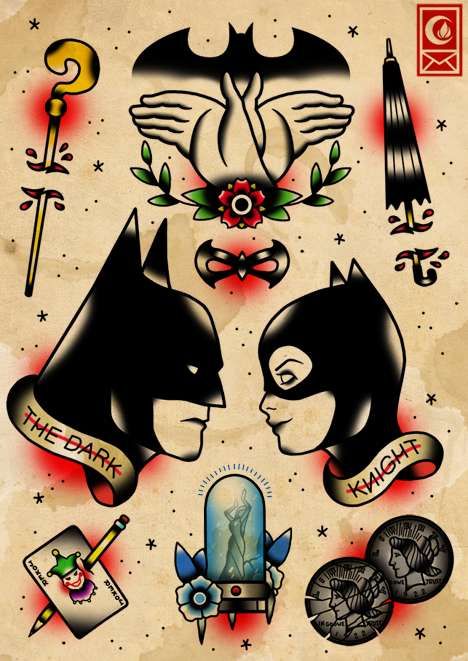 Jason Soy — August 5, 2012 — Pop Culture
References: derickjames.tumblr & herochan
Share on Facebook Share on Twitter Share on LinkedIn Share on Pinterest
As a major fan of comic books and tattoos, I was thrilled to uncover these Derick James illustrations. It’s not uncommon to see superheroes like Thor, Spider-Man or Batman etched onto people’s skin, but having them designed in a traditional Americana manner is something unique to James. He even manages to work in common motifs of Americana tattoos, such as spider webs and roses, in a way that feels authentic. Comic fans with these designs engraved on them would illicit remarks related to being a badass rather than a geek.

As for Derick James himself, he is a designer based in Chernobyl, Ukraine. His portfolio is filled almost exclusively with Americana body art designs that weave in pop culture references. In fact, he even has tattoo designs with Nike sneakers and Pokemon.