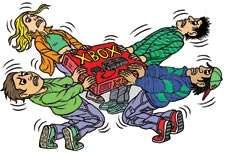 The Xbox Shortage Hoax of 2005

Jeremy Gutsche — December 29, 2005 — Unique
References: news.agendainc & slate
Share on Facebook Share on Twitter Share on LinkedIn Share on Pinterest
Deliberate Shortage - The PS2, XBox, and now the XBox 360 all followed the same release pattern: Christmas release, massive shortages, unmet demand. Then Q1 comes along, and voila. No more shortage. Why? By creating a deliberate shortage at the time of initial release, companies can create hype, generate excitement, and make it every kid's (and parent's) mission to find this toy. You lose out on the initial burst of sales, but this only accounts for a percentage of the total planned sales. Brilliant.

"These spectacular sellouts have become as much of a holiday staple as turkey and stuffing. And, of course, they have inspired conspiracy theories. Isn't it a little odd that the same story comes round year after year?" - Slate.com