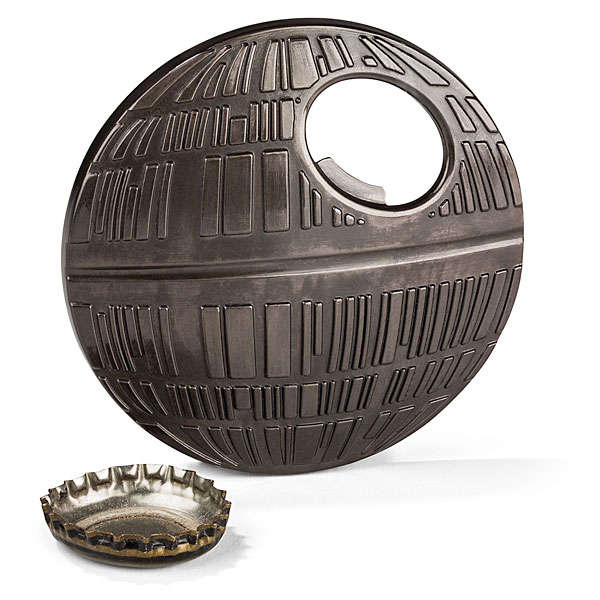 Raymond Kay — December 5, 2012 — Lifestyle
References: thinkgeek
If you’re having trouble with a stubborn bottle cap, try invoking the dark side of the force with the new Death Star bottle opener from ThinkGeek.

Star Wars fans will get a kick out of this metal bottle opener shaped like the iconic moon-sized Imperial battle station from Star Wars Episode IV: A New Hope. The crater where the planet-destroying super laser would fire from is instead cut out and replaced with a metal lip used to dig underneath a bottle cap. The Death Star bottle opener is made of a shiny zinc alloy for that sleek, celestial look and features etchings to resemble the surface of the Empire’s galactic super weapon.

The Death Star bottle opener doubles as a refrigerator magnet, meaning that when it’s not busy destroying the seals of beer bottles, it can be “stored” or rather stuck onto your refrigerator door, where it will lie dormant until called back into service. Storm troopers won’t have to worry about losing the pride of the Empire ever again.