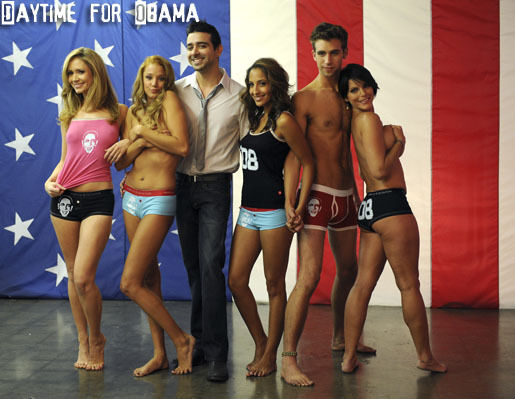 Soap Stars on Daytime for Obama

Now, in order to face Sarah Palin fever and promote Obama, Andrew Christian has collaborated with Bridge and Tunnel Communications on “Daytime for Obama” photo shoot.

The special shoot features some of the hottest and most popular men and women from daytime soaps stripping down to the Andrew Christian Obama 08 collection.

“I wanted to find an occasion to remove my clothing, and show my support of Barack Obama,” said Blake Berris. “I am convinced this election would be a new departure after 8 years with George Bush, Dick Cheney and this administration. I try to do what I can to help!”
5.9
Score
Popularity
Activity
Freshness
Get the 2021 Trend Report FREE