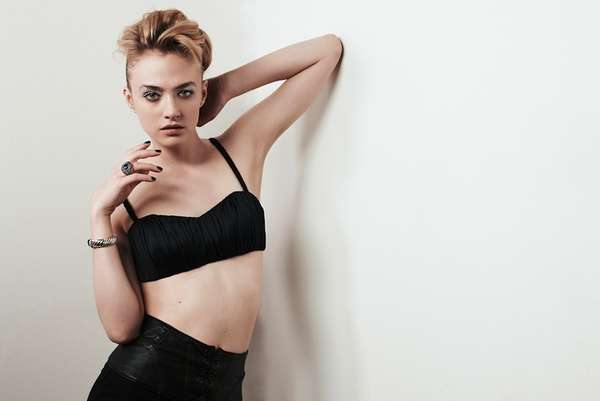 Shot by accomplished New York-based photographer Eric Guillemain, the shoot features Cailin Hill in a series of elegant shots, wearing little more than a black halter top and sports bra. Each shot features a confident Hill alternating between expressions that exude sophistication and mysterious sensuality, while casually showing off the jewelry that is the real star of the David Yurman 2011 Lookbook.

Eric Guillemain does a fantastic job of ensuring the jewelry -- large ruby rings, gold bangles, and chain necklaces -- are in focus, while still highlighting Cailin HIll's natural beauty. The shoot continues a strong streak of success for Cailin Hill, who, earlier this year, modeled for Calvin Klein jeans and was featured in Marie Claire magazine. In an interview with New York Magazine earlier this year, Hill stated that desperately wants to work with Terry Richardson. If her look in the David Yurman 2011 Lookbook is any indication, it won't be long before he comes calling.

Implications - Any brand attempting to market an upscale or expensive product would be wise to feature advertising that places on a focus on a well-styled, beautiful woman. Regardless of the product, men and women enjoy looking at an upscale and elegant woman. By featuring advertising with the product attached to or on a classy woman, the company ensures that consumers will associate their product with stylishly sophisticated beauty.
5.3
Score
Popularity
Activity
Freshness
View Innovation Webinars