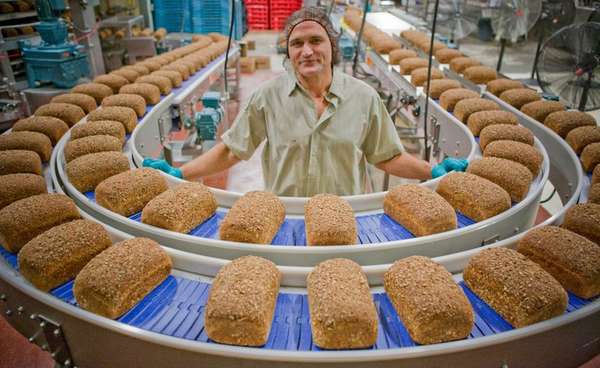 Tiana Reid — May 17, 2012 — Social Good
References: daveskillerbread & facebook
Based in Oregon, Dave's Killer Bread is a baking company with character. Loafs are the name of the game and taglines like "Just say no to bread on drugs" help bring a je ne sais quoi to this quirky social business.

But there's more to it than simple gimmick. In addition to super healthy grains, the company supports the National Alliance on Mental Illness and recently participated in an MS walk.

"Years ago, this now-famous baker was a self-described 'knucklehead drug addict' who spent years in and out of the prison system, both in Massachusetts and Oregon," wrote Milkshake in early April. "But this ex-con decided to turn his life around and return to his roots. In 2004, Dave decided to follow in his father's footsteps and get back in the bakery."